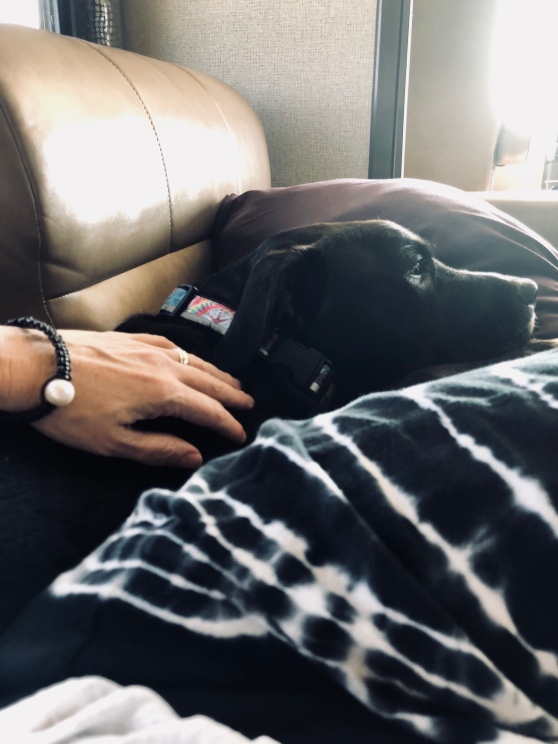 After the usual routine this morning, we hit the road at about 8 am. Our destination today was Wakeeney, Kansas and I don’t mind saying that I was really pumped up about it. Not the Wakeeny part, that’s just where the campground is. The going to Kansas part! Why, you ask? Well… I will tell you. My favorite rock band is the incredible group “Kansas”. I’m a big fan of “The Wizard of Oz”. I love the movie “Twister”. (I know… it doesn’t take place in Kansas, but it looks like it does.) And… ummm… I that’s about it. Anyway, here we go!

To get there, we needed to go through Missouri. I won’t bore you with all the movie stuff about “Big Mo” (“Search for Red October”, “The Missouri Breaks”, “Outlaw Josey Whales”) but I will tell you that as soon as we crossed the state line and got on Highway 65, everything changed. It was like road trips used to be. Shiny new billboards telling you about all kinds of interesting things like a restaurant where they throw dinner rolls at you. A place that gives you free chocolate candy if you stop by. The worlds biggest cave, the worlds most beautiful cave… there were all kinds of caves! There was even a place that was voted “America’s #1 new attraction”. It didn’t say what kind of attraction… just that it was number one.

Of course, we didn’t stop at any of them. But it was good to know that we could have. And food? Holy cow… you couldn’t trip and fall without getting a hamburger right in the face. Also, when it comes to naming things, the good people of Missouri apparently have a great sense of humor. We ran across a convenience store called “Kum and Go” (at least I think it’s a convenience store) A creek called “Little Sac” and another called “Dry Sac” and a town named “Peculiar”. The Main Street there? “Peculiar Way”. 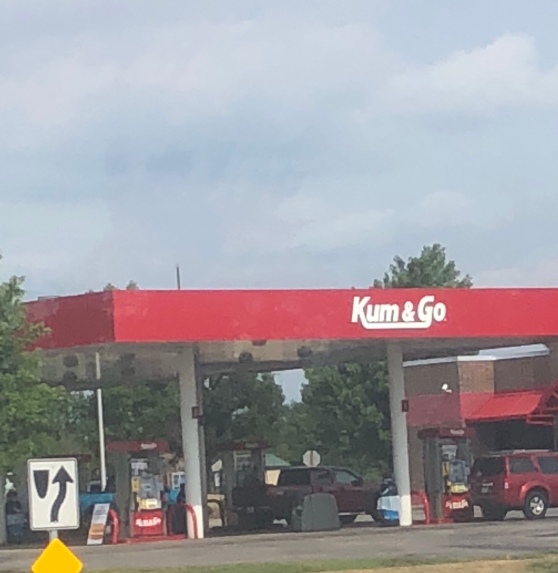 Just before we crossed into Kansas, I asked Lori, who was navigating and doing all the song selection, to please play one song in particular when we crossed the border. It was awesome! As soon as we drove passed the Kansas sign, the unmistakable thundering beginning to “Song for America” by “Kansas” started playing. The lyrics to the song match up with our journey perfectly. It was one of those moments!

A moment that lasted 5 hours! I didn’t think Interstate 40 was ever going to end. And I’m not sure that I turned the steering wheel at all the entire time. I thought about just hooking a bungee chord to the steering wheel, because my arm was falling asleep! Instead, we killed some driving time by playing “find a tree”, discussing why the “Museum of Giant Insects” would be way the hell out here and by trying to coax our pouting dog Yogi out of the bedroom. He’s really mad at us for making him ride in a moving house. He’s so mad that I’m pretty sure he gave me the finger somehow.

But now we’re tucked in bed again… one big family in Wakeeny Kansas, whose tag line is (no joke) “Wakeeny. A place to call home”.

They’re right. We called home as soon as we got here.